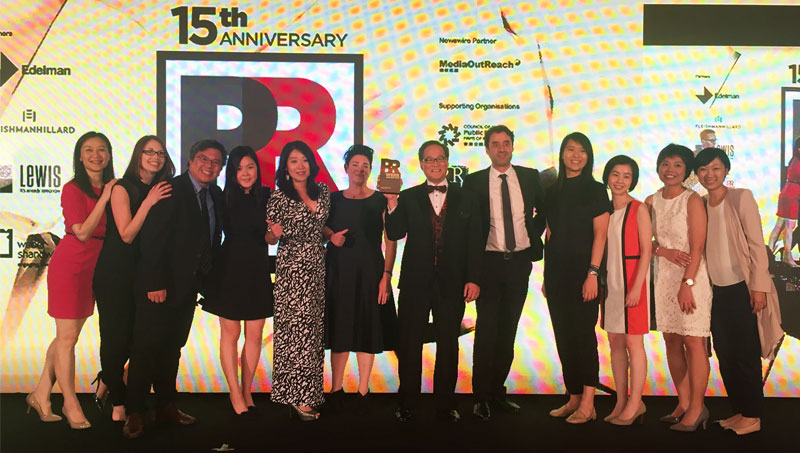 MSLGROUP, the strategic communications and engagement consultancy of Publicis Groupe, and the largest brand and reputation advisory network in Asia and Europe, was named Asia-Pacific Network of the Year by PRWeek Awards Asia on 15 June 2016. This is the third time in five years that MSLGROUP has won the top agency prize from Campaign Asia-Pacific. MSLGROUP also bagged five trophies for client programs in China, India and Japan.

MSLGROUP has consistently challenged the status quo in Asia. In addition to significant growth and business performace in all markets in Asia, the agency has also continued to expand its regional footprint in 2016 by acquiring Vietnam’s leading PR and activation agency Venus Communications, and rebranding Publicis Groupe agency Arc PR in Sri Lanka and the Philippines – all three operations now go to market as MSLGROUP. With the launch of a new business strategy based on three essential components – insight, integration and impact – MSLGROUP has strengthened and grown partnerships with both the world’s most disruptive brands and traditional giants.

Commenting on the award wins, Glenn Osaki, President of MSLGROUP Asia, said, “2015 was a phenomenal year for MSLGROUP in Asia. Our goal is to be a transformative force within the region and the world: to be the agency where clients turn when they want to disrupt the industry and themselves. Being recognized by PRWeek Awards once again validates our i3 go-to-market strategy consisting of insight, integration and impact. The prestigious agency honor and five campaign wins are great motivation for us to keep innovating and leading the change in our industry.”

The five campaign awards include :

The highly acclaimed PRWeek Awards Asia recognize best practices, top talent and leading agencies in Asia-Pacific — those that are defining cutting-edge thinking and driving the public relations industry forward. This year’s awards received more than 700 entries from over 400 companies across 17 countries. These accolades follow a string of award wins for MSLGROUP earlier this year, including 10 awards at Asia-Pacific Stevie Awards, two wins at PR Daily Digital PR and Social Media Awards and Best Use of Events from Marketing Magazine’s Agency of the Year Awards in Singapore.